The values that drive us

Truth is our highest value. The power of our message is propelled by the integrity of our organization. Honesty and attention to detail are the foundations for building our credibility.

Our mission is to build trust through the truth about the positive evolution of human behavior.

Our vision is to build collaborations with other organizations, with thousands of members empowering millions of people globally, communicating that the human race is becoming more resilient, trustworthy, responsible, empathetic, peace-seeking, and kind. 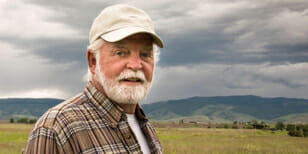 Father of two and an avid tree planter, Joe is also a former recording studio engineer, musician and founder of The Phelps Group, a renowned California marketing communications agency. Phelps started his agency in 1981 with Fender Guitars and grew to many years of service for Tahiti and Swiss Tourism, Fairmont Hotels, Public Storage, Bushnell Optics, City of Hope, Blue Shield and LAX, among others. He was named ‘Entrepreneur of the Year” by Western States Advertising Association, is a Belding Award winning writer and was featured on the cover of “Inc” magazine. Joe’s “client-facing teams in a full-feedback environment” business model has been used as a case study at a number of universities, including Northwestern, University of Colorado, UCLA and USC. In 2005 he authored “Pyramids are Tombs” — a book on how organizational design affects behavior — which instructs business leaders how to empower workforces in a flat organization using trust as the accelerator.

In 2015, Joe founded the Getting Better Foundation (GBF), with the objective of “Building trust through truth” with the strategy of helping people understand how to properly consume media. Media literacy helps to find the truth and protects us from mis-and dis-information.. He says, “The more people trust one another, the more they are willing to help one another. Trust is the foundation of civilization and creates upward spirals.” In 2020 GBF finished the production of “Trust Me”, a feature documentary about the problems caused by media ill-literacy and the solutions at hand. The plan is for the film to be GBF’s calling card by helping to raise the awareness of the need for media literacy. Joe is a thinker, sharer, and is passionate about inspiring growth in others.

He resides at his “Rancho Relaxo” on the Yellowstone River, just north of The Park. 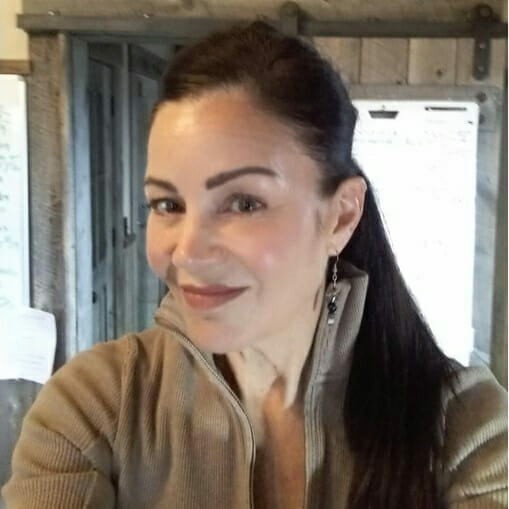 Passion for making things better for people she meets and the environment she loves makes Rosemary the perfect fit as Managing Director of the Getting Better Foundation. Her background in media, marketing, and communications is well suited to further GBF’s mission of building trust through education about positive human progress and behavior. Rosemary is a media literacy expert – demonstrating quickly and efficiently the damages as a resulting from online manipulation. Her selfless networking skills enable her to share her expertise with global experts, fellow educators, students, parents, and governments.

Along with Getting Better’s Founder & CEO, Joe Phelps, Rosemary believes it’s a great time to be alive, although not everyone believes that to be the case. Could media “ill-literacy” be part of the dilemma affecting mental well-being, polarization of communities, racism, anxiety, depression, and suicidology?

GBF’s non-partisan mission of “building trust through the truth about the positive evolution of human progress” supports media & information literacy (MIL) education and has produced the award-winning documentary “Trust Me” to bring awareness of what may be the most important topic of our time.

Rosemary was Vice President & National Sales Manager for Eagle Radio Group, headquartered in Northern Michigan. She did everything from copywriting to advertising sales & community involvement, while managing sales and creative staff. Rosemary and her husband, Kent built their media group from the ground up, including towers and transmitters, buildings, and talent. In one of the worst economic downturns the state of Michigan ever faced, Eagle Radio became the “go-to” for listeners and media clients in dozens of markets. They were named “The Voice” of Northern Michigan for their award-winning morning shows in each of the markets they served. Their motto of “take care of our communities and they’ll take care of us” set the bar for service above self.

In 2018, the Smiths sold their group of radio stations, relocating to Montana to be closer to their 4 adult children. That’s where Rosemary met Joe Phelps, founder, and CEO of the Getting Better Foundation. Realizing their missions were closely aligned, Rosemary came on board as Managing Director for the foundation. As Impact Producer of the film, Rosemary helped cement the foundation’s diverse, world-class advisory board of scientists, psychologists, neuro-economists, journalists, and media literacy specialists. She and Joe recruited Hollywood talent to direct and produce the multi award winning feature documentary, “Trust Me”. Rosemary spearheads its global distribution including festival, conference & embassy screenings, school and university licensing, and educator and librarian workshops. Rosemary is the Montana chapter-leader for Media Literacy Now – working with legislators to help bring media literacy support to schools nationwide.